I was evacuated within hours of being born: an un-exploded bomb from WW2 had just been found in the hospital grounds. My mother and I were despatched to the nearby town of Haarlem. After a bike ride my father found us there in an old people’s home.

May last year I posted about the small memorial on the Waalsdorpervlakte in the nearby dunes, how the sound of the bells reached me, sitting inside the caravan. You can read more here. This year there will only be one person ringing that large Bourdon bell tomorrow evening, and the wreath-laying ceremony by the monument on the Dam, Amsterdam will also be scaled down.

Liberation Day, the 5th of May, is celebrated on a large scale only every five years. This year, 75 years on, would have been a major event and a Public Holiday. Flags will be flown, for sure. 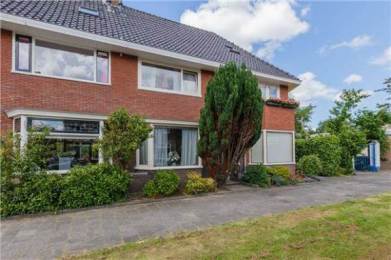 The poem Illness is from my pamphlet A Stolen Hour which was published in March this year by Grey Hen Press. Because my mother’s father owned an electrical shop, we had a small black-and-white television soon after they became available. You can see the house still has that balcony. I like how in the poem the personal and the public are combined.

I’m sure it’s May 1956. Grandfather still runs the electrical shop,
but his wife is in hospital. Next month German tourists
will park their cars in resorts on the Dutch coast.
I’m sure I can smell the smoke from the butcher’s next door,
but I’m ill in bed, can only see pink trees above the balcony.

I’m curled up, a sniffy nose and my ears blocked,
but I can’t turn my face away from the place in the dunes,
a pile of boots and shoes. There must have been butterflies.
These twenty men marched out of town, the execution.

I can see myself at the ink-stained desk, a grainy photo.
Then the photo starts moving, shakily, away from the light.
I’m ill again, but not in my bed in my bedroom, because my mother’s
mother is there in her best dress, lying still. Downstairs
the front room curtains have been drawn.